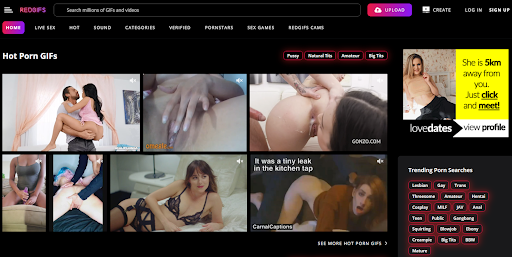 Although the website only launched at the tail end of 2019, it already receives more than 4,000 visitors every day. That’s as hot as it gets!

Redgifs also has an increasing number of certified content developers who are uploading new sex loops on a regular basis.

RedGIFs Pro has a paid membership option they provide as well. It costs $4 each month, or a bit less if you sign up for a yearly subscription. That’s a reasonable price for any type of paysite, though the benefits are somewhat small at this time.  A RedGIFs Pro Badge will be put next to the premium subscribers' names. Of course, you'll also get to enjoy an ad-free experience.